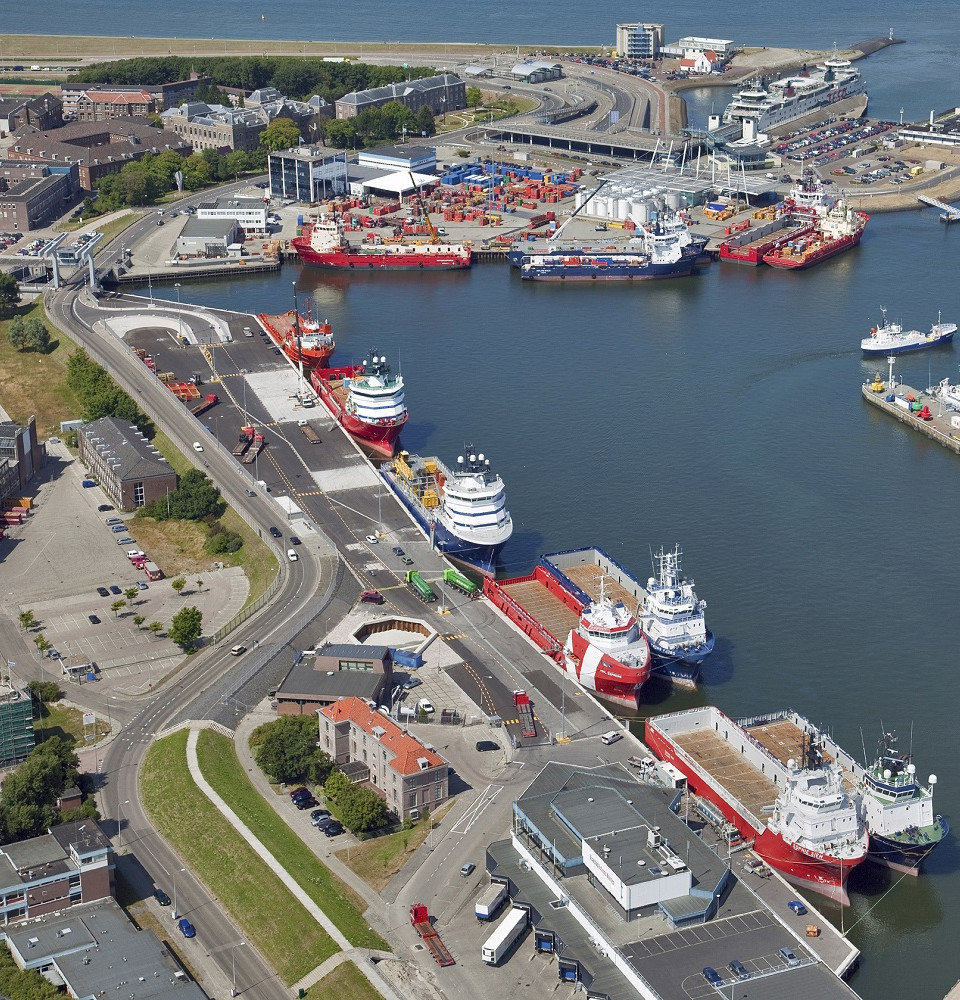 “Thanks to sound agreements with the offshore companies, the fishery sector and the Royal Dutch Navy, we were able to make optimum use of our port capacity. Over the next few years, we aim to further expand our capacity and develop the port into the hub for offshore activities in the southern part of the North Sea,” explained Port of Den Helder CEO Piet-Hein Kolff.

Job creator
Den Helder is enjoying increased economic growth in the offshore industry (oil, gas and renewable energy), the defence industry, fishery and the maritime knowledge industry. The port authority is active in facilitating and promoting economic growth by businesses in the port and throughout the region. Kolff continued, “Over the past year, we saw growth in activities and employment opportunities in the offshore sector. Peterson, for example, supplied more oil platforms, DHSS generated more turnover and Seamar put a new ship into service. Den Helder is developing into a true job creator for the region.”

Space for development
For some time now, the Port of Den Helder has been developing as an offshore and defence port of regional, national and international importance. In 2013, the port authorities signed an agreement with the Royal Dutch Navy for the mooring of non-naval vessels in the Naval Dock. Last year, during the Offshore Energy trade fair in Amsterdam, a collaboration agreement was entered into with the industry to make optimum use of the port infrastructure, thereby creating more space for the commercial operation of quaysides and dockland. Finally, the development of the new Kooyhaven inner harbour offers additional support for the seaport and inland shipping.

Annual figures
The annual figures reveal that in addition to growth in offshore activities, the number of fishing vessels visiting the port also grew, from 1,905 in 2013 to 2,000 in 2014. At the Hollands Noorden fish auction in Den Helder, 705 fishing boats unloaded their catch, last year. The number of port calls by inland shipping vessels fell in 2014 from 229 to 110.