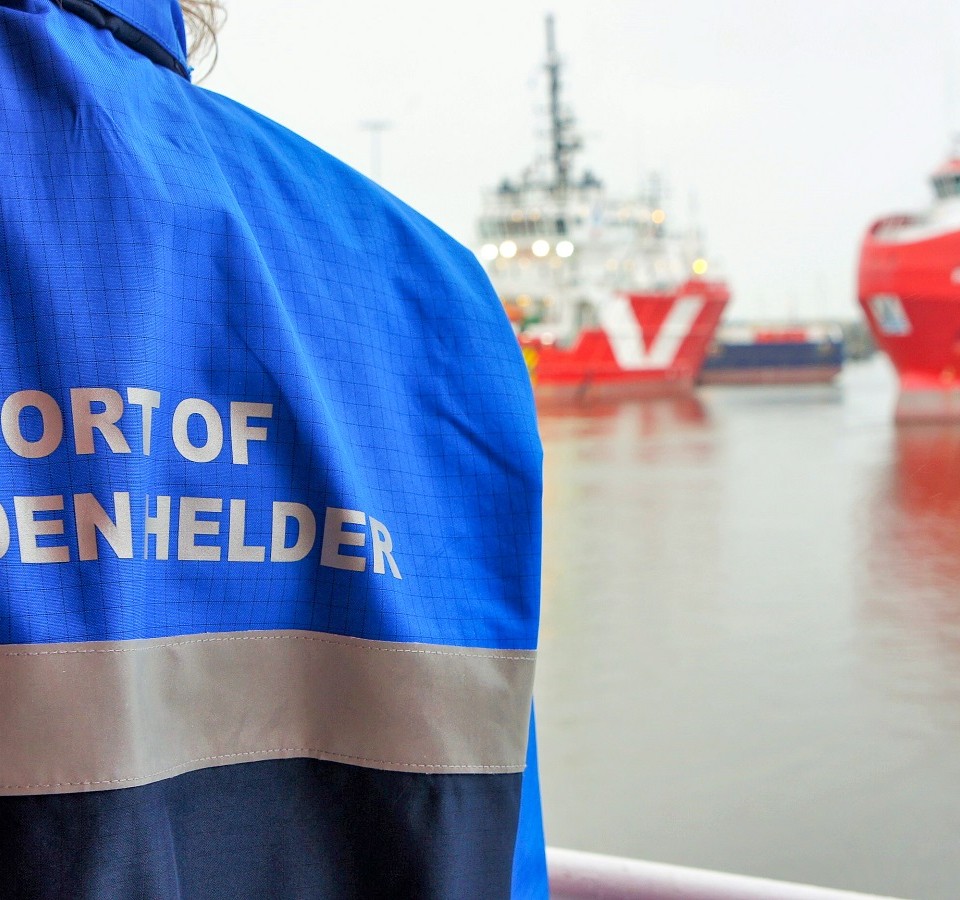 The current oil crisis has also had its impact on the Port of Den Helder’s economic activities. The falling oil prices have caused the number of offshore (oil and gas) vessels entering the port to fall by 10%. The number of incoming vessels dropped from 2,776 to 2,522 between 2014 and 2015. This decrease was in part counteracted by an increasing amount of sea-going fishing vessels: 1,645 fishing vessels called at the Port of Den Helder in 2015 compared to 1,295 in 2014 (representing a 27% increase). Since early 2015, the primary offshore logistics hub for the southern North Sea has been steadily working with several key partners towards an intervention plan to counteract the impact of the oil crisis.

The global oil crisis is expected to continue into the near future, forcing the port to commit to a substantial transition. The effects of the crisis can be seen in the fact that approximately 30% of North Sea drilling rigs are without a contract and 20% of the 180 production platforms in the Dutch part of the North Sea are standing idle. The new intervention plan focuses on market diversification, cost control, differential rates and increased cooperation.

Room for development
Crucial to the development of proposed activities is available space. With the recent delivery of the ready-for-construction Kooypunt IIIa and the waterfront development of the Kooyhaven business area, which is due to be finalized at the end of 2016, the Port of Den Helder is in a position to offer such space. Both of these locations are situated in the immediate vicinity of Den Helder Airport.

It is expected that Kooyhaven will provide a strong boost to the local economy of Den Helder. As the seaport has limited available space, harbour-related suppliers and other facilitating companies that will be attracted to the area by established companies can then locate themselves in Kooyhaven. Work is also underway to address the matter of ‘parking’ drilling rigs in the harbor with a study being carried out to investigate the feasibility of such a scheme.

In the black
Despite the reduction of offshore oil and gas related activities in the port, the Port of Den Helder is still showing positive financial figures. The final annual figures for the 2015 fiscal year will be published this summer.

“It is important to be aware of, and to react to, the effects of the oil crisis. We are dedicated to our position as a logistical knowledge and service hub for the offshore industry in the Southern North Sea. We are flexible herein – Den Helder is also ideally suited as an offshore logistics port for operation and maintenance activities for the emerging renewable energy market,” stated Whitney Veen, CFO and interim CEO of Port of Den Helder. “The recent comprehensive developments around our port ensure that we can continue to expand economically and remain a significant employer in the region in the future.”